If you trade or invest in cryptocurrency, then it is in your best interest that you follow knowledgeable influencers, that you can learn trading secrets from and improve your trading skill.

Since the rise in cryptocurrency adoption, creation of profitable crypto projects, and the inevitable rise in fake and scam crypto projects; thought leaders have taken to social media to share their opinion to help others invest wisely.

These cryptocurrency influencers share market insights and also provide a peek into what their crypto portfolio looks like to help others choose wisely.

As much as there are knowledgeable influencers that understand the industry, there are also fake influencers or people parading themselves as experts.

For this cause, we dug into twitter on your behalf to find the active crypto influencers that both beginners and experts can learn from.

Let’s check this out together.

The Co-founder of Ethereum, Vitalik Buterin, is one of the most influential crypto thought leaders you should follow in the space.

He made the news when he donated a huge fund to help India fight against coronavirus. The 27 year old crypto influencer is regarded as the youngest crypto billionaire as of 2020.

Vitalik isn’t just your regular cryptocurrency influencer, he has for years authored the BitcoinMagazine, a site where he shares crypto-related content since 2011.

Recently, he joined the Dogecoin board alongside Elon Musk as an adviser which is to show how deep he’s when it comes to cryptocurrency.

If you’re looking for an influencer to follow and learn from, then there’s no better place to start from but from the co-founder of Vitalik.

As an early investor in Bitcoin, Roger Ver has always been a great supporter of cryptocurrency, especially Bitcoin.

The “Bitcoin Jesus”, as he always calls himself, is one of the earliest promoters of bitcoin that helped facilitate the adoption of bitcoin by the majority.

He runs the site, Bitcoin.com, a site that shares information on how to buy, sell, and trade Bitcoin and other cryptocurrencies.

Bitcoin.com also has an app that helps you buy, sell, and exchange bitcoin.

According to Investopedia, Roger Ver is said to be in possession of about 400,000 bitcoins, as an early adopter.

Needless to say, you should check him out also. 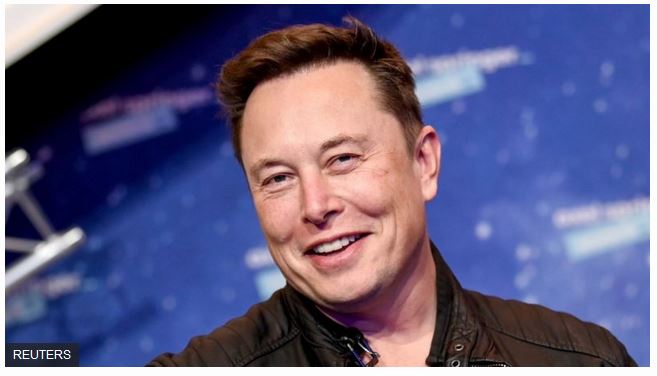 From repeatedly changing his twitter bio to Bitcoin, Ethereum, Dogecoin, to collapsing the cryptomarket with a single tweet; we can all agree that Elon Musk has a strong influence on the industry.

As at the time of writing, Tesla (his company) is considering accepting cryptocurrency as a means of payment for their products.

Since Elon Musk became the richest person, people seem to hold his opinion in high regard. This is why a single tweet from this man can shake the industry.

The Tesla founder regularly posts about cryptocurrency on his twitter feed that will be helpful for both beginners and intermediate.

According to Elon Musk, Bitcoin, Ethereum, and Dogecoin are the three major crypto investments he has.

As an adviser on the Dogecoin board, Elon Musk believes Dogecoin is the strongest cryptocurrency which Mark Cuban also confirmed recently.

With over  59.2M followers, Elon Musk is one of the strongest influencers to follow.

Known as Bitcoin Evangelist, Andreas is the author of several technical books on cryptocurrency and also one of the eloquent speakers in the crypto industry that understands the industry well.

While Andreas was an early adopter of cryptocurrency, he for not being a millionaire.

Whether a bitcoin millionaire or not, Andreas has made severa only became a crypto millionaire in 2017 when his supporters funded him after being bitshame by Roger Ver intelligent speeches and books that have made a lot of people rich.

His strong support from his fans shows that his advice is working for them and they are happy to support him through his patreon.

Andreas currently has over 617K twitter followers with whom he shares his market insights on bitcoin; from how to buy, sell to trading bitcoin.

Adam Back is a cryptographer and the CEO of Blockstream, a company he co-founded in 2014.

He invented hashcash which is used in the Bitcoin mining process till date. Some claim that he is Satoshi Nakamoto (the pen name of the person who created bitcoin).

However, Adam was one of the first two people that got an email from Satoshi Nakamoto.

From being a cryptographer to launching one of the biggest blockchain technologies, Adam Back is definitely that person you don’t want to ignore in the industry.

He also gets on podcasts where he shares his market insights about bitcoin, privacy, censorship resistance, crypto trading, etc.

Following him on twitter is a good start as a crypto trader or lover.

Tim Draper is a venture capital investor based in East Chicago, US. Estimated to be worth over $2 billion, Tim quite knows his onions when it comes to investing.

His investments include Tesla, Baidu, Hotmail, Skype, Twitter, Solarcity, to name a few.

Given his passion for cryptocurrency, Tim didn’t just stop at investing in cryptocurrencies, he also has shares in major crypto exchange companies like Coinbase and Robinhood.

His fame grew when he bought $19 million worth of bitcoin from the US Marshals Service which was approximately 30,000 bitcoins. This decision turned out to be a wise one as the price of bitcoin then was quite less.

Needless to say, Tim is a crypto millionaire and is consistently investing in crypto.

Tim predicts that in the next ten years, the leading companies in the world will be companies like coinbase, tesla, etc.

He shares his crypto predictions on his twitter feed. Be sure to check him out.

Nick Szabo is a computer scientist and cryptographer. He is one of the few cryptographers that collaborated with the unknown Satoshi to promote bitcoin.

Way back before Bitcoin was introduced, Nick Szabo invented a mechanism for decentralized currency which he called “bit gold”. Bit gold never got a chance tobe implemented.

Nick is also responsible for introducing the concept of “smart contracts” that aim to bring the practices of contract laws to the ecommerce world. This has then been a major component of cryptocurrencies.

Because of his inventions, many people still think he might be the same person behind Bitcoin, a claim which he has refuted several times.

Besides being a cypherpunk, Nick Szabo is a notable speaker that talks about all things bitcoin and cryptocurrency.

If you’re interested in attending one of his events, checking his twitter feed is a good way of staying updated on his latest event. You can also check out his unenumerated blog for more content.

Charlie Lee is a computer scientist and crypto enthusiast. He is best known as the creator of Litecoin, a popular cryptocurrency.

Prior to creating Litecoin, Charlie Lee worked for Coinbase as the director of engineering before leaving in 2017 to dedicate himself to his project.

Anthony Pompliano is a crypto investor that invests in cryptocurrencies and blockchains.

He is widely known for his market predictions in the industry. While Anthony has a large twitter following where he shares his predictions, he’s more active on Youtube creating actionable content about crypto technology and finance.

Besides being a crypto investor, Anthony has built and sold several companies and currently manages a portfolio of $500 million of early stage startups.

Pomp (as he loves to be called) is an active creator that provides great value in the industry. He has a podcast where he shares his opinions about cryptocurrency in addition to his other channels.

A good place to start is signing up for a newsletter where he shares daily content about his areas of interest from crypto, finance, bitcoin, to business and technology.

Erik Voorhees is widely known as the founder of ShapeShift, a complete crypto management platform to buy, sell, and trade, track, and hodl cryptocurrencies.

Launched in 2014, ShapeShift has raised several funding and has grown from catering to only bitcoin to several other cryptocurrencies.

Erik is most active on twitter and Instagram where he shares his opinions. Although Erik is a bitcoin investor, he also shows his support for other cryptocurrencies too.

In a podcast interview, Erik discouraged the unnecessary behavior of bitcoin maxis who shame other cryptocurrencies to boost the worth of bitcoin.

Needless to say, Erik Voorhees occasionally speaks at events and also get on podcast interview sessions too.